Work of the week

on September 20, 2019
Despite not having posted in several days, it doesn't mean that I haven't been busy.

I re-covered a set of dining room chairs for  my dear friend known in this family as Tanta Marcia.


The  Queen Anne dining set had come into Marcia's life through marriage. I had to marry the traditional style of the dining chairs with the contemporary couch and the rustic Oriental rugs and get all of the colors in the room to play nicely.

A couple of weeks ago I helped Marcia select the fabric from one of my favorite internet home-dec retailers ( fancy stuff at cheap prices!!!). I do admit that I was a little bit bossy but clearly this was a good choice for the room. 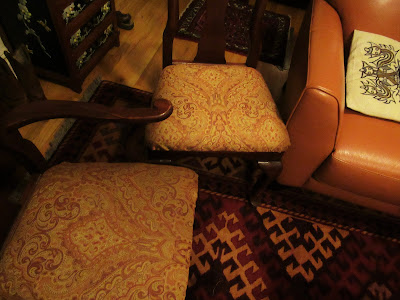 I came over after dinner earlier in the week armed with my fabric shears, a screwdriver and my staple gun. By the end of the evening all of the chairs were covered.  (Ignore the passive voice, I covered all of the chairs) 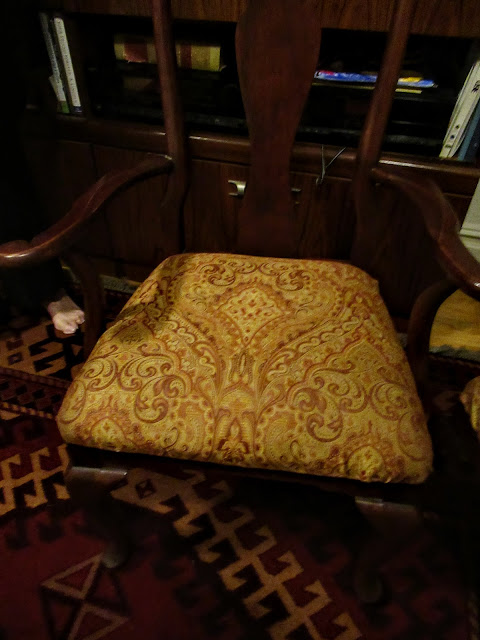 I have also been working away on the sparks of divine light tallit.

Once again, my camera's brain has been scrambled by all of the different sorts of glimmer,  Both the fine straight stitched rays and the thicker rays have been machine embroidered using a fine silver metallic thread. The hand stitched rays  are made out of a blue rayon thick thread/yarn that has been wrapped with a silver lurex thread. 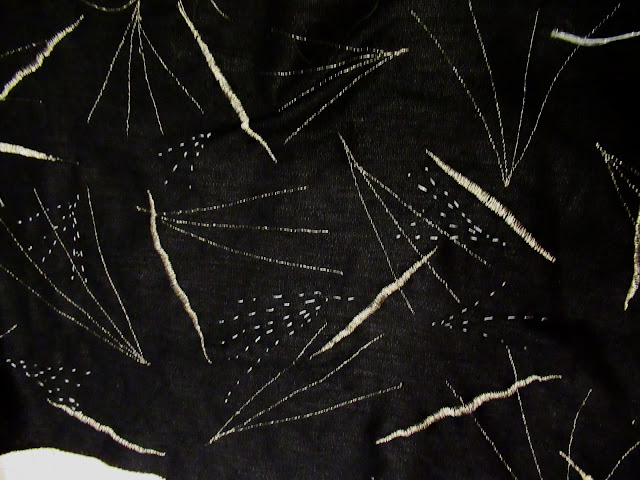 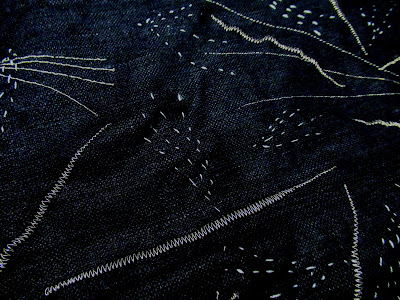 I dyed raw silk tussah with lurex threads for the atara/neckband.

I want the atara to convey the act of creation so I added some metallic threads to refer to the Divine. 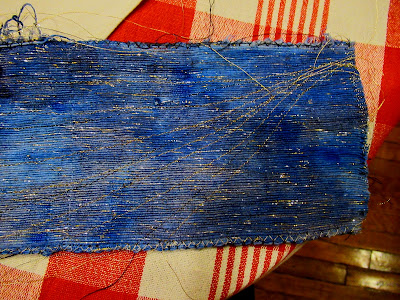 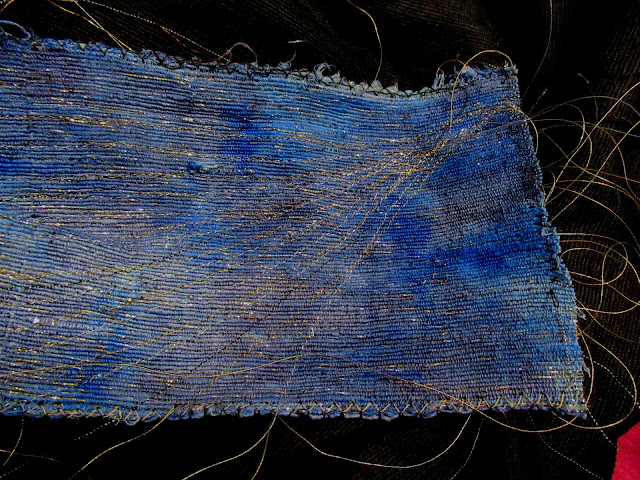 It's subtle but will show as the wearer moves.

I also began work on the ribbons that will hide the ugly seams. 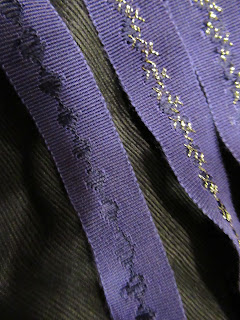 I have found that layering stitches created a rich effect. 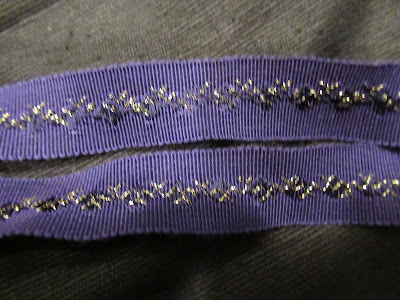 You can see where I am going.

Once again it is Shabbat in our house this evening.

A visit to a kosher supermarket yielded lots of meat in cuts I normally don't see.

I did not buy this whole brisket which was big enough to use as a baby blanket. 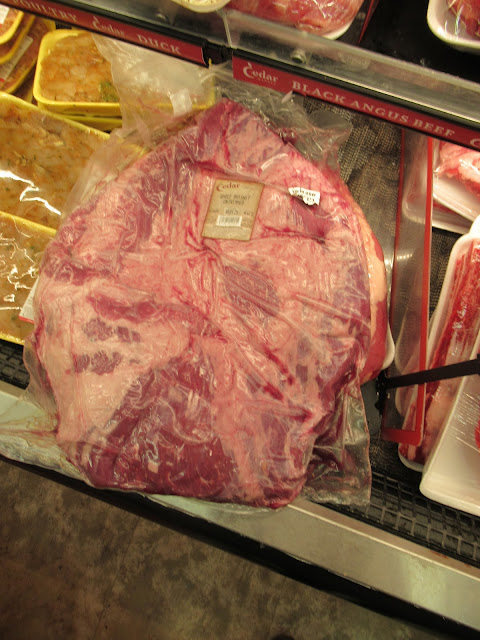 I did buy several packages of beef neck bones which has been turned into this, 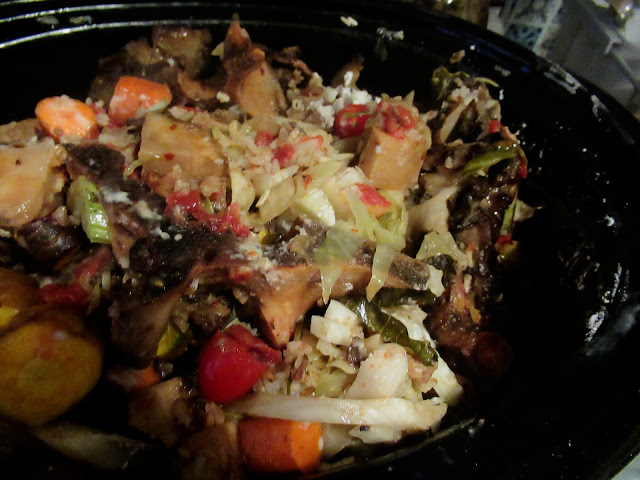 The rest of my meat-haul will be turned into meals for Rosh Hashanah. 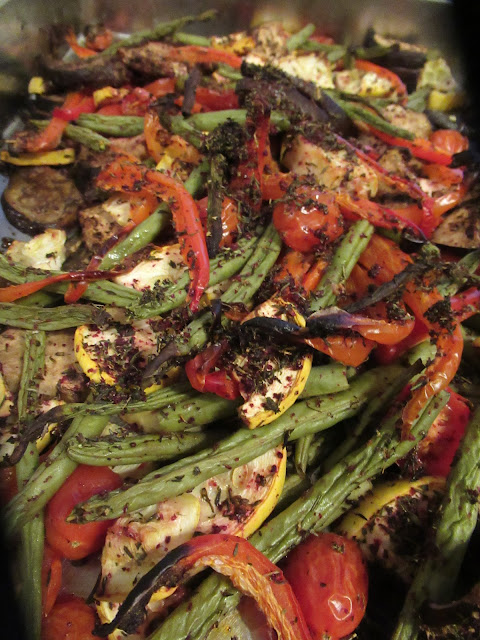 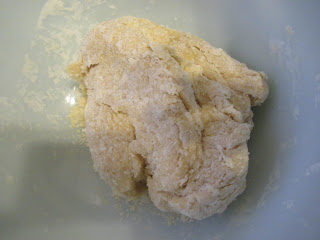 and after some rest or the noodles and a bunch of rolling out looked like this before they were boiled. 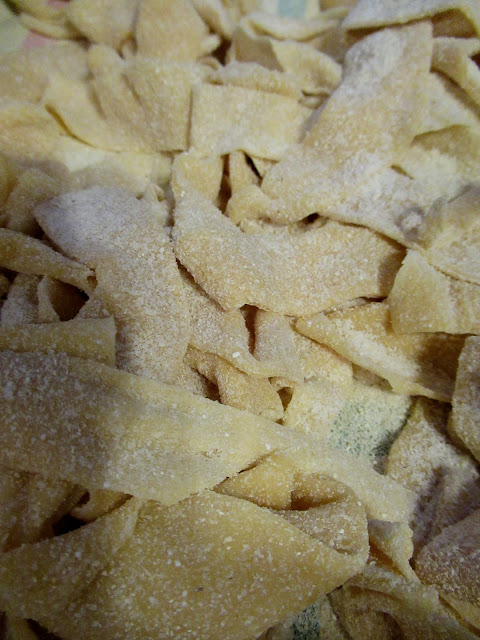 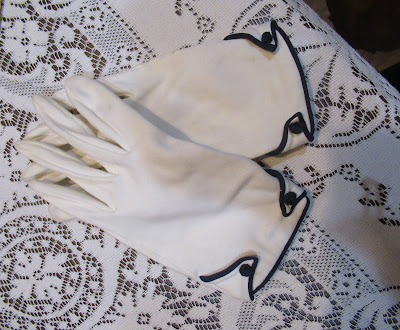 Yesterday,  I blew shofar three times.
I was one of the shofar blowers during our synagogue's live-streamed service. I hadn't stepped into our synagogue since Purim. As I got dressed to go to synagogue I thought about who I wanted to bring with me in my attire. I wanted to evoke my dear friend S. so I wore a  silk skirt she had handed down to me a couple of years ago. Our families go way back and I wanted to connect to both of our families. I pinned a brooch that had belonged to my mother to my fitted jacket. It was a little chilly to go out without an additional layer so I wrapped myself in the beautiful wool challis shawl Mrs. Grossman had given my sister ( my sister is horribly allergic to wool). I also needed to choose a pair of gloves to wear.
I have many pairs of gloves. It was clear that I needed to choose from the beautiful collection that Penny hand sent me  of her late mother, Ruthie's gloves.
I can't listen to the Haftarah from the second day of the holiday… 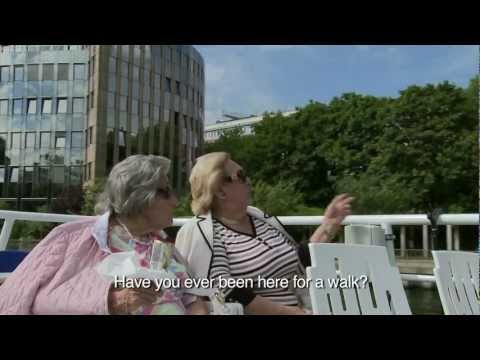 I just stumbled on this wonderful movie yesterday.

You can watch it on Amazon Prime. It's joyful and funny, despite being a Holocaust documentary. It's also about the healing that comes with preparing food for people you love and the power of friendship. I could not help but remember my dear friend Herta and her beloved husband Lester watching this film. I could not help but think of all of the meals they so lovingly prepared both for their family and their community. Just watch this. You can thank me later.
If you have trouble connecting to the clip above, this is the link to the Oma and Bella trailer
For my sewing buddies, I have become obsessed with this series of sewing videos. They are completely mesmerizing. The cutting-out techniques are amazing. I am particularly blown away by how body parts are used instead of tape measures. The presenter used baby parts to measure in her sure fashion and then shows the measurement on a tape measure.
For example, the distance from pinky… 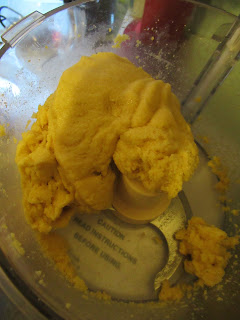 Shabbat Shuvah- The Shabbat of Return

I spent a chunk of this week preparing the food that we (and our cohort in their various homes) will be eating after the fast of Yom Kippur ends. I made the food, that for me, tastes exactly like the love that a mother has for her very small and beloved child.I made Temi Saivetz's sweet dairy kugel known in our family as Cholesterol Death Kugel. It is exactly the right comforting nourishing food with which to end the fast. Because I really love the people I cam cooking for, I
went the extra step and also made the noodles for the kugel. The semolina and eggs come together quickly in a food processor. The hard part is rolling out the dough.